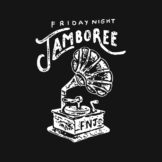 Inside Henrik Schwarz: Orchestras have the power to abstract 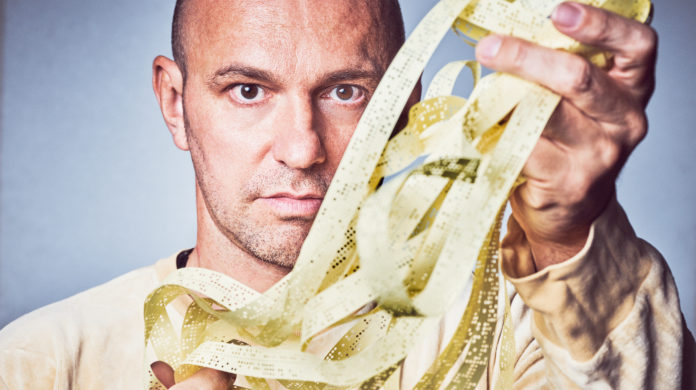 Berlin-based artist Henrik Schwarz has just released his album Scripted Orkestra together with the dutch Metropole Orkest and conductor Jules Buckley via 7K!.

Henrik Schwarz is one of the most respected artists in the industry and can look back on a glorious discography with hits on countless labels such as Innervisions, Running Back or Mule Musiq. Working with the internationally renowned orchestra Metropole Orkest has been his latest project and lead to a modern, versatile and sophisticated album. Schwarz used different computer technologies and processes to create notes the orchestra could play. With valueing technology above performance, he trusted in his intuition and manufactured an oeuvre which is as remarkable as it can possibly get. “Let’s get along, we got to counter the culture!”

You often collaborate with different artists such as Frank Wiedemann from Âme or the piano virtuoso Bugge Wesseltoft. An orchestra seems to be a completely different challenge regarding dimension and complexity, though. What have been the biggest challenges during the creational process and have you been afraid of it?

I think that I was kind of afraid, yes. But I have to say that being brave and having courage are also characteristics of mine, maybe even a bit megalomania as well. I already worked with an orchestra five years ago but I did not have a clue about the whole process at that time. For me, it was clear from the very beginning to not just transform my already existing music into an orchestral piece. I then sat down with a young arranger and we developed everything. When the Metropole Orkest came to me and asked if I could write them an hour of new music, I did not feel that uninformed or overwhelmed anymore because I learnt a lot from the process before. My approach was now to create music directly for the orchestra. As I am quite adapt with technology, I simulated various sounds and instruments I thought would sound great on a computer. It was a challenge to find a proper way to export it and to then carefully make notes the orchestra could use. I think that we came to an interesting result and I am very proud to finally share the outcome with the public.

How did you realize the sound in detail?

I used different concepts for the album. On the one hand, I wrote small programs which can be manipulated as if they were instruments such as a piano or a flute. They randomly produce a lot of notes which can then be arranged for the orchestra. On the other hand, I tried to manufacture a bigger complexity. If you normally use a synthesizer and examine the sound of only one note for instance, the texture is very extensive by itself already. I had to work really hard to create a comparable result for the orchestra but I worked out a decent solution by splitting the sound of one synthesizer note to multiple instruments. 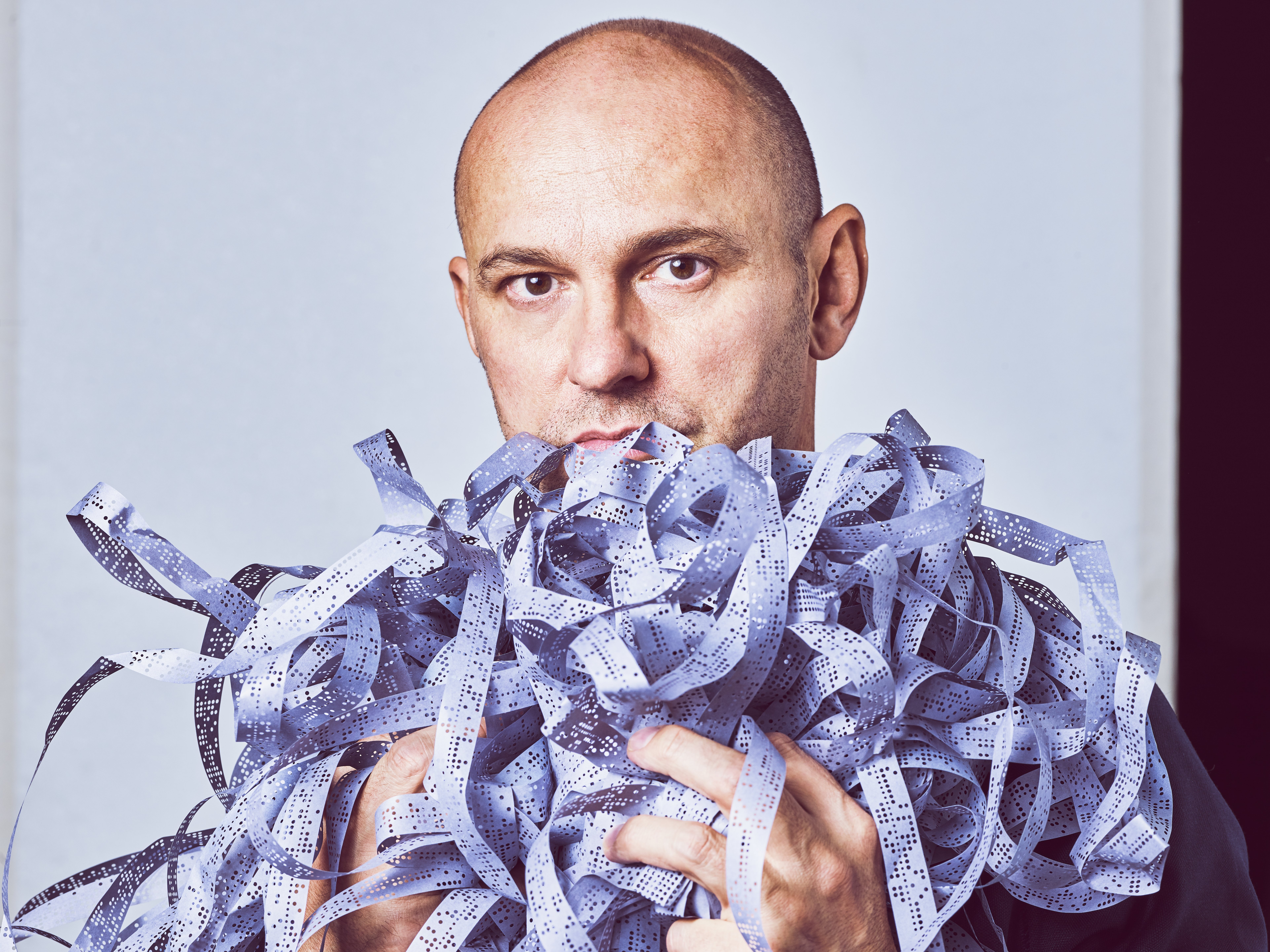 Did you prepare yourself in terms of learning the instruments for the occasion?

I have to admit that I can not even play the piano as good as I would like to. I have been taking lessons for five years now because I thought that I could do more. But the advantage of my working method is to repeat the session with the computer as long as it takes to come out with a great result. Later, I can edit it or cut out the mistakes I made. But I can be sure that any composition I come up with will be playable for all the orchestra musicians as they play their instruments with the precision I can only reach when playing and arranging with my machines.

The cover artwork also seems to have something to do with technology and zeitgeisty visual arrangements. What were your thoughts about it?

The cover and my pictures which come with it shall outline the technological aspects of the project but they also highlight the fragile analog elements. I think that we are living in interesting times right now in which technological revolutions are almost on the daily agenda. In the past, we were used to computer failure but by now they run as smooth as they can possibly run. The medium itself slowly disappears because of its high performance and transforms into something unseen – that is completely wicked. I do not know where we are heading but I am happy to witness this process. However, the concrete and tangible also plays a key part in the visual coverage which is represented by the telex-paper tape. It contains the fully encoded album text and shows that the computer is indeed important but closeness and human interaction should not be replaced by technology.

You once mentioned that we seem to be situated at the beginning of something new in terms of interesting developments in the modern art of composing. Computers and technology take over our lives, human beings hide behind their screens but there seems to be a desire to have more human interaction. With an orchestra, there is an unquestionable human factor implemented. What do you think the new developments are going to be?

I think that during the last 50-70 years, orchestras moved back into their ivory tower and disconnected from the recipient. The music is not that socially relevant anymore probably because of the topics and the music itself. Even as a music lover, it feels hard to follow without having read three books beforehand. I spoke with many conductors and muscians, many of them share my point of view. They want to play new music and not only the older stuff which is unquestionably brilliant but if modern compositions can only be presented between two hits so that no one leaves during the break, something seems to be wrong. Sadly, a lot of programs work this way but there is so much more that has not been played yet. Moreover, the topics need to be more up-to-date. Orchestras have a major plus, they have the power to abstract. If we could establish a certain asthetic into the modern age based on long-term thinking and not detached from the people, going to a concert hall could become relevant again. Especially if we go back to harmonies and get rid of the avoidance of tonality.

There have recently occurred controversial raids in two Georgian nightclubs Bassiani and Café Gallery by the local police which lead to a huge wave of public protests and fund-raising campaigns. The song ‘Counter Culture’ from the album also reflects on political actions and actively changing courses. Has there been anything particular on your mind when writing the song?

‘Counter Culture’ is definitely a politically motivated song. I created it in 2015 when a lot of asylum seekers were coming to Germany and the goverment lost control of the situation for a certain time. I realized a lot of voluntary help and was impressed by what was going on and most notably, people were talking and discussing topics. There have been coming up alarmingly many right-wing-motivated positions lately which I deplore a lot. We need to talk more again and the song shall be a call for taking action but without getting dogmatic or full of hate.

Was it hard to avoid pathos?

I certainly wanted to avoid a certain depth but rather examine the topic with ease and airiness. I think that being friendly and nice at first is deeply rooted in human nature but there seems to be a different power now which is hard to grasp. Because of instagram and the like-culture, if something pretty comes up everyone seems to be into it but if there is something problematic, the one’s who are against it are often getting ignorant and barefaced and no intelligent conversation is possible anymore. So instead of being rude to each other we should hold discussions in an ethical way. Sadly, I do not have a solution but I am a musician so I can make a song.

Finally, what will the near future bring?

We performed the program eight times but touring with the whole orchestra is a pretty heavy effort so there will not be any dates in the near future. We made three videos for the album, two are already finished, the first one will be ‘Counter Culture’ and is getting released this week. The producers did a perfect job and stage-managed it masterly. ‘AlgoRhythm’ will receive a rather abstract animation video and the third video will make a connection to modern dance. I hope that we can set a fresh example in that field as well. As the album was already finished more than half a year ago, I have been quite productive in electronic music again and many releases will see the day of light during the next months, the first one in two weeks. Plus, I already finished a new album with a string quartet and work on the next one as well. Exciting times ahead! 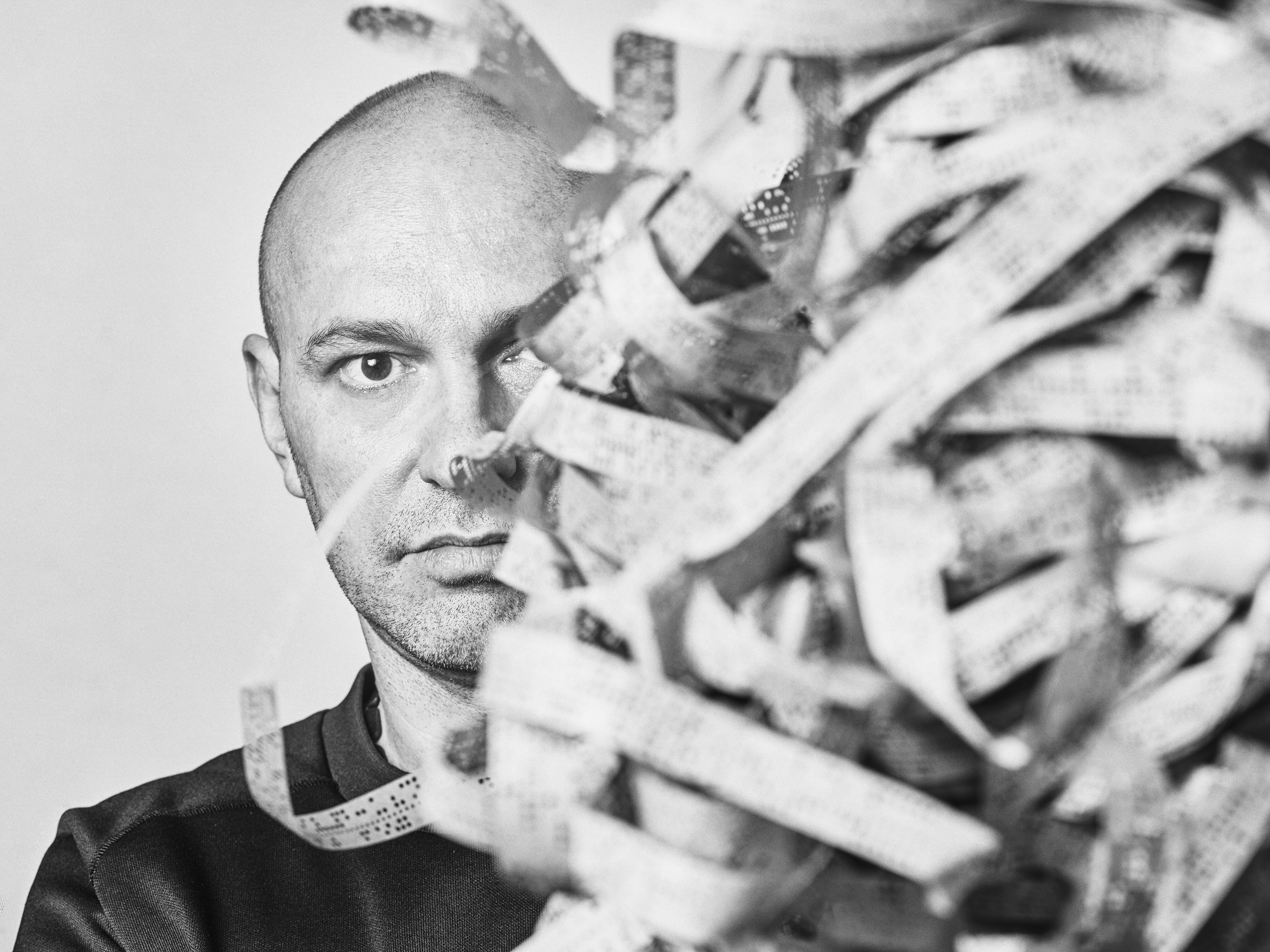 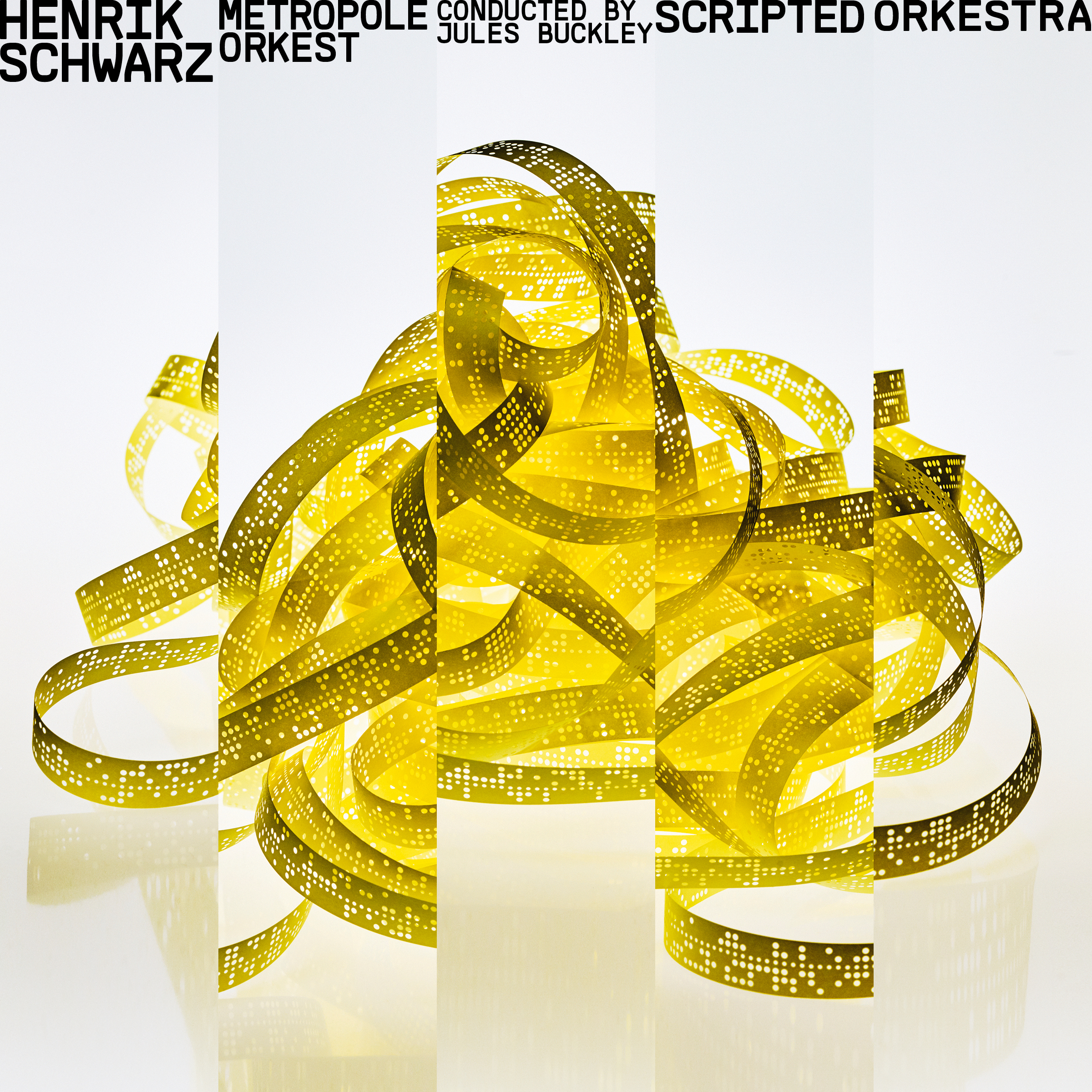 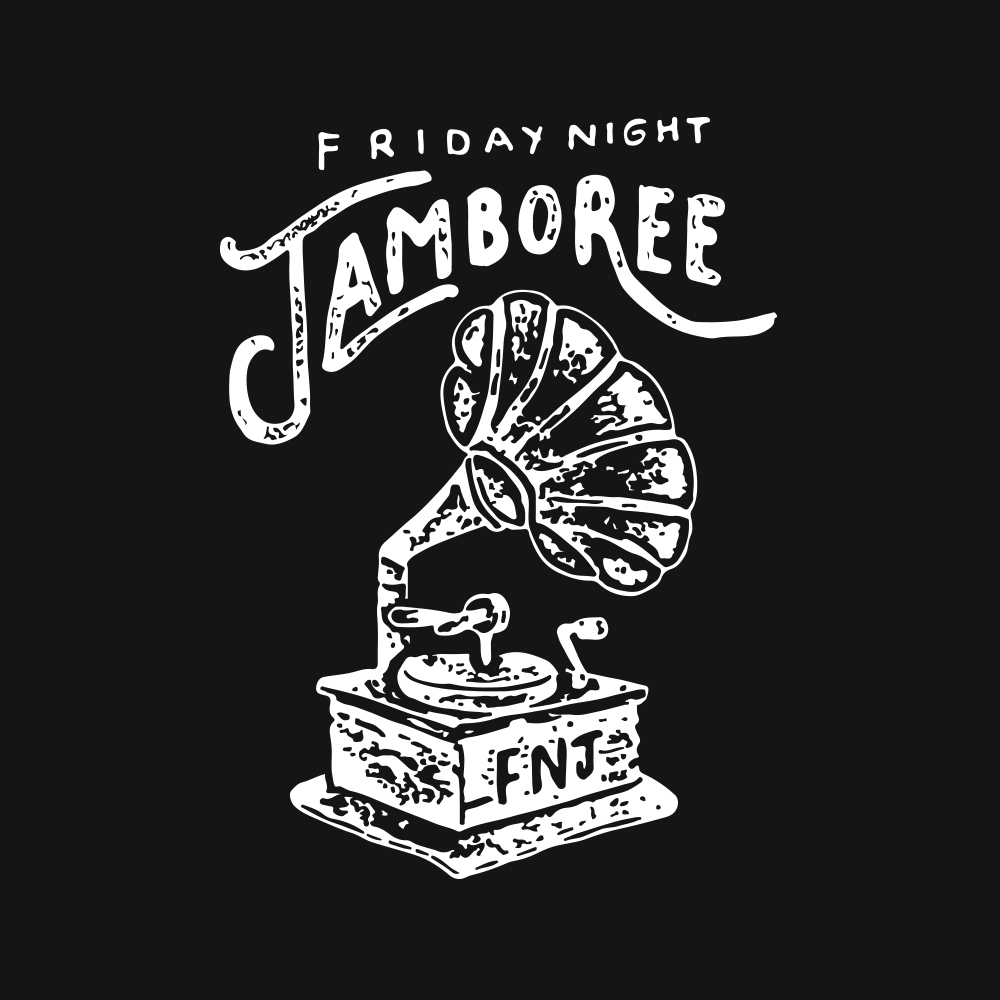